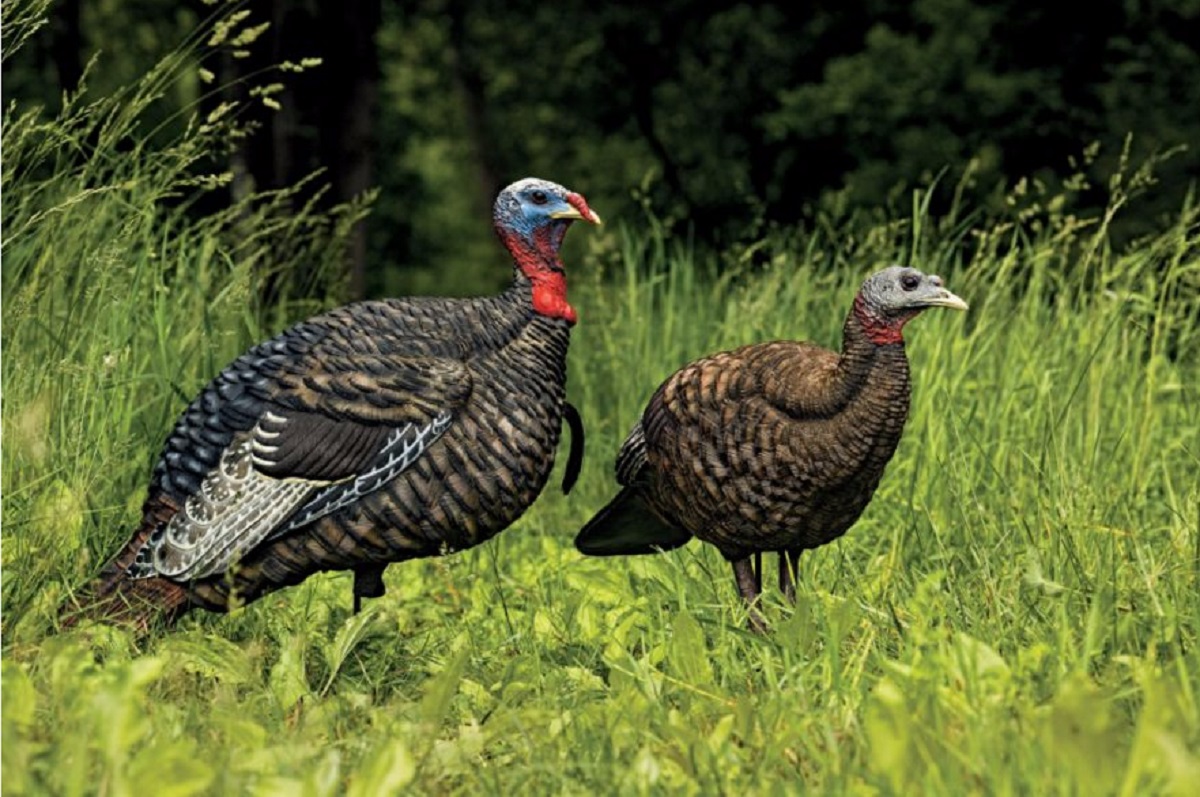 To Decoy or Not……That is the question.  Well I’m not Billy Shakespeare with great lines of prose on the subject, but I have read a fair amount and have had more than my share of experience with decoys.  Let’s start out with understanding what a decoy is and what variations they take. I started out turkey hunting for years with a simple foam hen decoy from Walmart, as that was all that was available in the 1990’s. Nothin’ frill or fancy, just an alert hen decoy.  As the technology got better, manufacturers started making jake and gobbler decoys, various versions of hen decoys in postures such as alert, feeding, and submissive breeding. All these decoys were stationary and motionless for many years. Then some manufacturers added swiveling on the stake capabilities in a light wind to give the effect of motion. And then some manufacturers took things to the extreme and made motion decoys, particularly jakes with a moving tail fan and rotating body. Heck some decoys now shake and decoys sometimes come in small flock sets. Some decoys are collapsible, which helps tremendously with reducing the equipment load in the field. Some decoys are now molded to have 3D feathers and look astonishingly realistic. The one thing about decoys you can’t get around is that they are something else you have to carry with you in the field, another impedimenta. I am personally against carrying anymore than absolutely the bare minimum if possible, but that is hard to do.

So what is the purpose of a decoy as it relates to spring hunting? In theory a decoy is supposed to help attract a gobbler within closer gun range because not only do gobblers hear calling, but they see the source of the calling. Any many hunters have killed gobblers over decoys. They are known to help increase success; however, there are many times they can prevent success. I’ve seen it happen many times. Let’s go back to basic turkey biology 101 and forget about what someone wants to sell you for a few minutes……During the breeding season, a gobbler calls from his tree roost, to attract nearby hens to his breeding lek. Hens typically fly down and go to the gobbler on the ground. The gobbler then struts and displays, often drumming and spitting to further entice hens into breeding. So again, basic turkey biology 101, the hen almost always goes to the gobbler. So when your hunting and have a gobbler fired up and on the move to your calling, the gobbler sees the decoy or decoys. What does the gobbler do? Sometimes he keeps coming, but what about those times he stops and struts for 40 minutes without moving so much as ten feet and he’s 80 yards out, well out of gun range. I have had it happen to me many times and it’s so frustrating. Why did the gobbler stop? Could he have seen something suspicious, like you swatting at a mosquito? Is your decoy not realistic enough? Or could it simply be…..drumroll…… that he is doing what nature programmed him to do for millions of years? Put on a display and let the ladies approach. Could it really be that simple. The answer is yes. When a gobbler sees a decoy, quite often he stops dead in his tracks and struts, not moving an inch until he realizes there is no interest by the immobile hen and he moves on to bigger and better things. Or quite often gobblers and/or hens when they get in close to a decoy or spread of decoys, say 50 or 60 yards, become suspicious and shy away or bend around the decoy(s). I have had this happen quite often as well. Just the other morning, I had a single gobbler with a small group of hens come slowly to my calling. The gobbler and most of the hens became suspicious at 58 yards and bent off to my left back into the woods. One lone yearling feeding hen milled out in front of my decoy for 45 minutes. The other hens and gobble never came back out.

So what do you do? I don’t have a silver bullet to give you. There are too many factors and possibilities, but I do believe in the K.I.S.S. principle. Keeping it Simple Stupid. I think the easiest solution is to first know the birds habits and typical roost sites before you hunt. That requires scouting; an intimate knowledge of your hunting location and its boundaries. If you can locate general roosting and gobbling areas, signs of recent turkey activity like footprints or strut marks,  or even specific roost trees, you’ve done 60% of the hunt. If you do decoy, try just using a feeding or alert hen. Then maybe switch it up with a breeding hen.

Here is an alternative….Try hunting without decoys. I now almost always first trying hunting without decoys and try to be as well camouflaged in my setup location as possible. I think the setup, or where you sit, is next most important part of the turkey hunting equation. Turkeys are curious animals and when they hear turkey talk from your calling, they will eventually come and investigate. When setup correctly to see a turkey approaching and have a shooting lane ready is so important. When they don’t see the sound source, they will often walk around looking to identify the source for at least a few minutes. Gobblers do this in search of that lonely hen that he can’t resist. His reproductive drive keeps him moving and looking around until he loses interest and not within shooting range, or he puts himself within shooting range and you get a shot at him. If he is out of range, try soft yelping or soft clucks to help pull him within shooting range. Whether or not your successful using this strategy is up to the bird and your closure skills. If you’ve pulled a gobbler in close, within 40 yards, you’ve performed marvelously. I’d call that a success. Hopefully you can pull the trigger to have big tales to tell. More than anything, if you don’t use a decoy and are not successful, I think you’ve “done no harm” by educating him with a motionless decoy.  He will be there another day to duel with. That is what keeps me going back for a piece of sweet humbling pie each day I turkey hunt.

Remember to check out all our handmade, custom, high quality Turkey beard and spur mounting plaques to display your gobbler!